The Bexhill 100 Festival Of Motoring

In 1990, a small group of local motoring enthusiasts started the Bexhill 100 Festival of Motoring to commemorate Bexhill's motoring history. The event ran until 2002 and brought hundreds of thousands of visitors to Bexhill-on-Sea, on the South Coast of England. This website is dedicated to that fabulous event and to the wonderful people who worked so hard to make the festival what it was.

The Story Of The "Bexhill 100 Festival Of Motoring"

The tale of how the Bexhill 100 Festival of Motoring began. Written by the event organiser, Brian Storkey, this diary forms a personal account of the passionate adventure of a small group of individuals. Over a period of thirteen glorious years, from 1990 to 2002, the Bexhill 100 became one of the most popular and loved annual events in the South of England. It now takes its place proudly at the head of Bexhill's rich history.

The Birthplace of British Motor Racing

It was in May 1995 that Bexhill on Sea was at last officially recognised as the Birthplace of British Motor Racing, and road signs to this effect were errected at the entrances to Bexhill. Obelisks were appropriately placed along the sea front to indicate the start and finish lines of the infamous races, which had taken place there in May 1902.

Read all about Bexhill's motoring history

"The very atmosphere reeked with the smell of paraffin. No cabs or horses to be seen; only throbbing, puffing and snorting motors everywhere. Wild-looking individuals in strange garb - some of which would frighten a Red Indian out of his skin - had taken possession of the hotel and boarding houses. Nothing talked about only horse power, kilometres, exhaust boxes, sparking plugs and such like paraphernalia - and such languages, it was like the Tower of Babel let loose..."

Read more of this observation 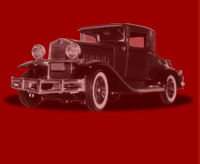